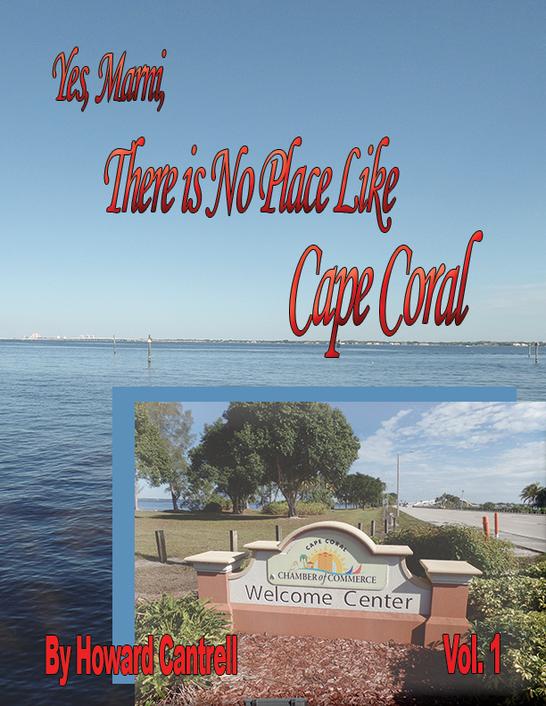 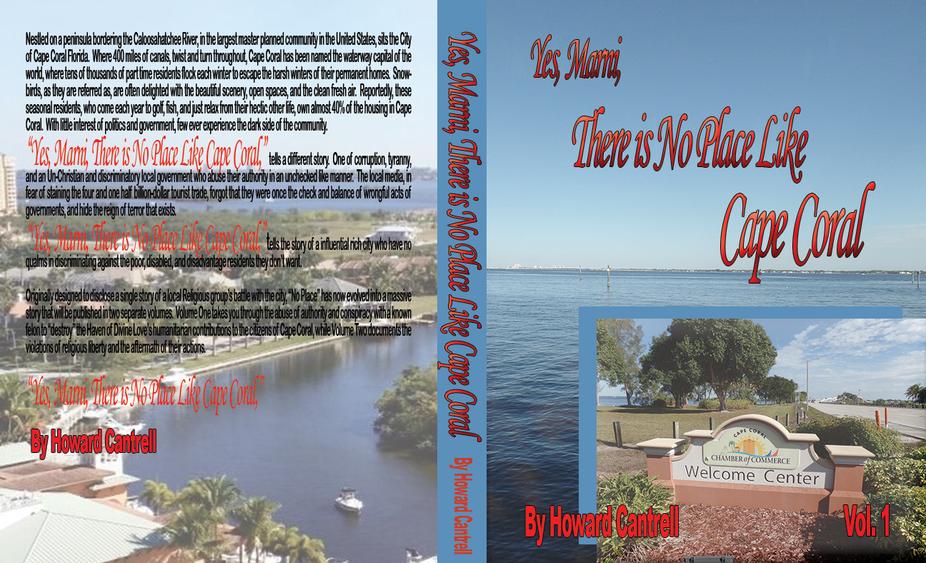 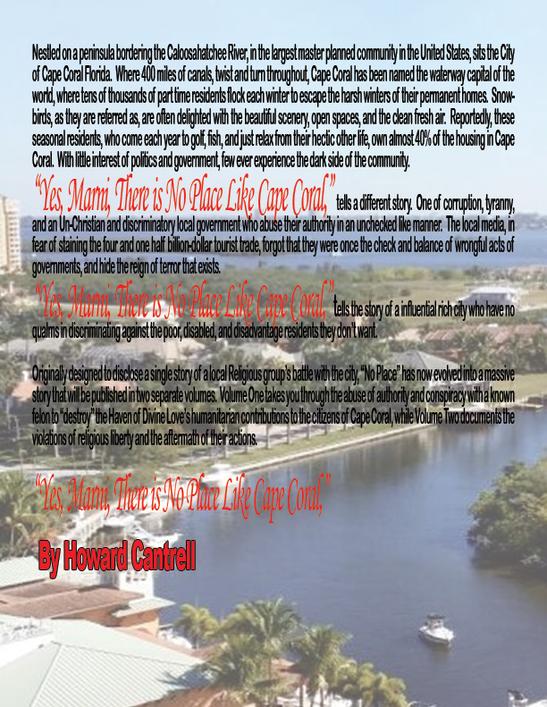 My New Book, "Yes, Marni, There is No Place Like Cape Coral"  Volume 1 is almost done and will be on it's way to the press soon!

Here is a sneak peak at the jacket.    Stay Tuned for release date!

Nestled on a peninsula bordering the Caloosahatchee River, in the largest master planned community in the United States, sits the City of Cape Coral Florida.  Where 400 miles of canals, twist and turn throughout, Cape Coral has been named the waterway capital of the world, where tens of thousands of part time residents flock each winter to escape the harsh winters of their permanent homes.  Snowbirds, as they are referred as, are often delighted with the beautiful scenery, open spaces, and the clean fresh air.  Reportedly, these seasonal residents, who come each year to golf, fish, and just relax from their hectic other life, own almost 40% of the housing in Cape Coral.  With little interest of politics and government, few ever experience the dark side of the community.
“Yes, Marni, There is No Place Like Cape Coral,” tells a different story.  One of corruption, tyranny, and an Un-Christian and discriminatory local government who abuse their authority in an unchecked like manner.  The local media, in fear of staining the four and one half billion-dollar tourist trade, forgot that they were once the check and balance of wrongful acts of governments, and hide the reign of terror that exists.
“Yes, Marni, There is No Place Like Cape Coral,” tells the story of a influential rich city who have no qualms in discriminating against the poor, disabled, and disadvantage residents they don’t want.
Originally designed to disclose a single story of a local Religious group’s battle with the city, “No Place” has now evolved into a massive story that will be published in two separate volumes.  Volume One takes you through the abuse of authority and conspiracy with a known felon to “destroy” the Haven of Divine Love’s humanitarian contributions to the citizens of Cape Coral, while Volume Two documents the violations of religious liberty and aftermath of their actions.

“Yes, Marni, There is No Place Like Cape Coral,”